writer’s workshops.  Show, don’t tell is a big one, as is Avoid -ly adverbs.  While these are good and useful, they’re really only pertinent to the actual process of writing.  Just as there is more to being a professional athlete than the few hours a week spent in competition, or to being a musician than getting on stage, so too is the life of a writer made up of more than just the act of putting words together. There are other pieces of a writer’s development to consider, other axioms and rules of thumb for this pursuit just as there are for the craft itself.  One of these phrases for the developing writer is You are what you eat.  By this I’m not talking about a literal diet, of course, but a literary one.  The choices a writer makes in terms of the types of writing he or she consumes has a drastic impact on the type of writer he or she will become.

Most rules are cautionary.  Don’t do this.  Avoid that.  I’ve heard this same rule for a writer spoken in just such a tone.  “Be careful what sort of things you read.  You are what you eat, after all.”  I believe differently.  This one rule is not limiting, it is expansive.  You ever notice how if you eat the same thing for lunch every day, it starts to lose its taste?  If you eat enough chicken salad sandwiches, no matter how good you get at making them, after a while they’ll just start to taste like wet mush.  The same is true of the books you read.  For some people, that’s just fine.  Chicken salad at lunch, preferred book genre at night before bed.  Regular and predictable.  Writers, though, have a greater responsibility to themselves in this regard, particularly those who are in the process of developing a style.  A writer who reads only fiction –  especially if he or she only reads one genre – limits the elements he or she is able to bring to the table.

So if you’re looking out over the buffet table of the written word, trying to decide on that subtle combination of dishes that will coalesce into the perfect meal, my advice is this: eat everything you can get your grubby little hands on.  Fiction, non-fiction, “literary” fiction and genre, good writing and bad writing, stuff it all down and digest it.  Branch out into flavors and cuisines you’ve never tried before, or maybe some you just haven’t tried in a while.  Not because you’re a reader and you’re looking for something new, but because you’re a writer.  And you are what you eat.

As an addendum to this piece, I’m asking our readers for a little help.  I’ve noticed lately that despite the tendency towards accepting genre fiction as having literary merit, people still sort of smirk about romance novels.  So I’m accepting my own challenge, as it were.  In an effort to branch out, I’m going to read a few romance novels this year.  My problem is that I don’t know which ones are worthwhile, and which ones are worthy of the clichés.  So I would appreciate a little advice.  Which two or three romance novels should I read, which are the most stunning examples of the merits of that genre?

Bryan Camp is a graduate of the Clarion West Writer’s Workshop and the University of New Orleans’ MFA program. He started his first novel, The City of Lost Fortunes, launching April 17th, in the backseat of his parents’ car as they evacuated for Hurricane Katrina. 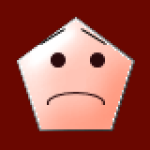 2 thoughts on “You Are What You Eat”