The Dropper has a lot going for it, not the least of which is conflict. It’s all around and growing within the protagonist, Albert “Shoe” Horn. The atmosphere author Ron McLarty delivers is dripping with it, and the characters create and heighten it at every turn.

I read McLarty’s The Memory of Running a few years ago and fell fully into the book, following “Smithy” Ide on his journey across America. It became my second-favorite American road story right away, rivaling and barely trailing only Charles Portis’s Norwood for its uniqueness and wry humor.  Though The Dropper is not a road story, it still has the same folksy feel as McLarty’s first book—I mean that in the sense that the characters and plot are developed in an entirely unpretentious way. But that doesn’t mean The Dropper is a simple book or that McLarty’s style is unpolished. His easy style suits the story and Shoe’s first-person narration.

Shoe has a lot of responsibility for a teenaged kid in 1922 Barrow-in-Furness, England: his mother is dead, his father is an abusive alcoholic, and he’s got a younger brother, Bobby, who has an intellectual disability. On top of that, he’s a plumber’s apprentice and part-time aspiring boxer, and he’s juggling a couple of relationships with young women. (And he’s almost ninety years too early to have a smartphone to help him get through it all.)

One night in the boxing ring, Shoe delivers a blow to a friend’s head, which turns out to be deadly.  This haunts him, emotionally, and now Shoe also wonders about his ability to care for his special needs brother further. The stuff with the ladies is becoming frustrating, too.

To top it all off, well, there’s . . . the Dropper, a midwife-turned-child murderer, legend says. Shoe’s emotional haunting becomes tinged with the supernatural in the form of the Dropper and her manipulations, and he suspects that Bobby may be the Dropper’s next victim.

McLarty knows how to draw real and interesting characters, and he’s at the top of his game here with Shoe and Bobby, and even with smaller characters like Shoe’s friend the gentle giant McAvy and with his comical plumbing customers.

This is a funny book, a suspenseful book, a sad one, and one that’s, above all, made for sit-down a comfortable reading chair. It’s a story about the conflicts that abound with caregivers, and about the heart and the fight of the underdog. 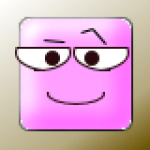