From Tor.com and Stubby:

This is for our fellow Whovians. We love the writing, the world, the history and the great, great characters. Here’s a timeline of The Doctor’s wife, River Song.

It would seem that River Song’s arc on Doctor Who has come to an end in “The Name of the Doctor” (Although as always that will remain to be seen.) so Doctor Who Online’s senior art editor Will Brooks put together this nifty infographic that illustrates how her twisty timeline matches up with the Doctor’s. The full hi-res version is up on Photobucket (it’s gigantic, so follow the linky-link to see the whole chart) but we’re not sure we’re convinced yet. Does this timeline work for you? Can we ever be certain if we don’t get direct confirmation from the characters? After all, those season 6 “First Night / Last Night” minisodes were never given precise dates….

The character of River Song (played by Alex Kingston) first appeared in the 2008 two-part story Silence in the Library / Forest of the Dead, opposite David Tennant as the Tenth Doctor. At the time, she was played as a somewhat mysterious character from the Doctor’s own future, with a battered diary styled to resemble the TARDIS. Following her first appearance, there was a great deal of speculation as to just who River Song may be. In his book The Writer’s Tale, then-current showrunner Russell T Davies even commented that;

Since then, River has returned to Doctor Who on several occasions, opposite Matt Smith’s Eleventh Doctor. She’s faced off Weeping Angels (twice!), Daleks, the Silence, and even gets to take the credit for being ‘the woman who killed the Doctor’. Oh, and they get married, of course.

While River Song’s story has been more closely tied to the most recent few seasons of the programme (and specifically to the Doctors former companions Amy Pond and Rory Williams), we’ve not always encountered her in the same order that she experiences events.

The above timeline tracks her movements through the Doctor’s life, taking in all their adventures from her birth (in 2011’s A Good Man Goes to War) through to her death in the Library (during her very first appearance in the series). It charts all of her televised adventures with the Doctor, plus the 2012 video game story The Eternity Clock, and scenes made exclusively for the Series Six DVD/Blu-Ray release, plus several unseen adventures that River has recorded in her little blue book.

River’s timeline in relation to the Doctor’s may not be the most straightforward in the programme’s history, but it’s kept us guessing over and over again. The Name of the Doctor sees her finally being able to let go of the man she loves, but not before she promises him that there’s still a few more ‘spoilers’ to come… 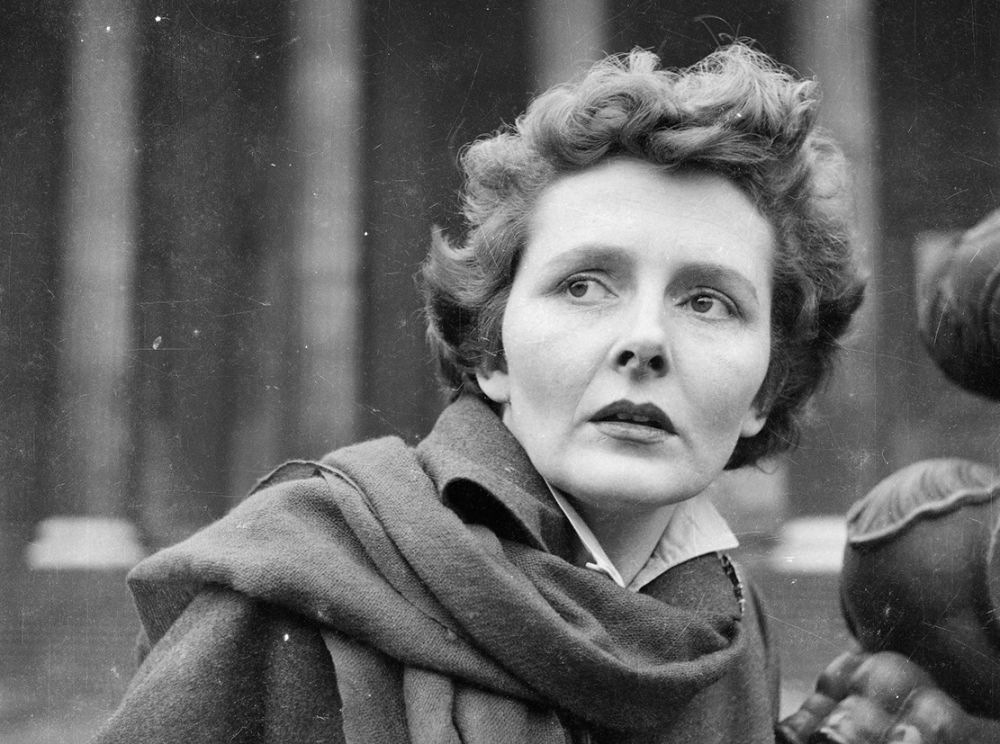 On this day, July 29, in 1918, Mary Lee Settle was born in Charleston, West Virginia. Author of a series of novels known as The Beulah Quintet (Prisons, O Beulah Land, Know Nothing, The Scapegoat and The Killing Ground), chronicling the development and movement of people from seventeenth-century England to contemporary West Virginia, she also won the National Book Award in 1978 for her novel Blood Tie. She is also founded the lauded PEN / Faulkner Award (affiliated with the writers’ organization International PEN) as she felt that authors should have their own prize program. She died in 2005 of lung cancer; she was 87.