Who Do You Love: Stories, by Jean Thompson

May is #ShortStoryMonth, and this is third in a series of LitStackRecs on great short story collections. 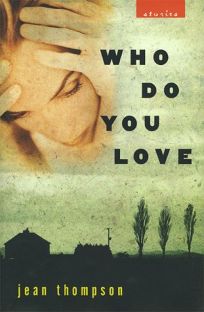 In my favorite short stories, something singular happens to a character, usually out of nowhere, a setting that is exceptionally vivid—almost a character in itself—and a narrator who can see the world in the deepest parts of the character as well as from a godlike distance. Jean Thompson’s stories have all those qualities, and are bursting with wisdom and clarity that is clearly, sensibly uttered.

It’s hard to believe Thompson’s collection is fifteen years old. Released to wide praise in 1999, with many of its stories having already found esteemed homes in places like The New Yorker, Ontario Review, Story, and Ploughshares, and reprinted in the Best American Short Stories 1996, each one still reads as though written just now. And yet there are no iPhones, no screens, no political or historical markers. Thompson’s stories, like those of Flannery O’Connor, are driven purely by character.

In the story, “A Rich Man’s House,” a recently divorced woman is asked by her neighbor, the rich man of the title, to feed his cat while he goes on a fishing trip. She’s our point of view character, but she goes unnamed. The rich man has a name, Kenneth Dacey. So does his caretaker, Jesse. Our unnamed female narrator feels a test of her worth in the wake of her divorce, while the rich man’s house is full of stuff. When Dacey gives her a tour before his trip, she finds herself feeling bereft at the ranging, empty house filled with unused, expensive things:

When I got back to my house, it had a welcoming look to it. Your own unhappiness is always preferable to someone else’s, just as you sleep better in your own bed, even alone.

The rich man’s house makes her wish her husband was still at home so she could tell him about it. “I imagined scenes like that more and more, and remembered less and less of the things that had happened between us. It was a different phase of loneliness, the one that came after the sharpest edges had worn off.” That’s how loss feels, sharp edges yet worn away by memory. And luckily, we have Thompson who is able to express it for us.

A classic of the collection, “All Shall Love Me and Despair,” concerns Annie, and her love for Scout. To help beat Scout’s heroin habit, the drifters have left Chicago for to an Oregon seaside town, driving a stolen car. Scout, ill from withdrawal, meant Annie drove alone: “The trip from Chicago is something Annie can uncover like a scar on her body when she wants to remind herself that she can do anything. She drove every mile of the way. Even when Scout was well enough to sit up and look around him, she was the one who drove.”

There’s the skill of showing the reader what she knew but never put into words, but showing her what she didn’t know, and in a way so clear, it’s instantly known. Thompson has that gift for defamiliarization, as here, in describing Scout’s drug paraphernalia:

The needle always looked clean, no matter where it had been. Nothing could be cleaner than its thin bright nakedness, its silver eye, its spike. Scout let it fall to the floor. His eyes rolled back in his head like heavy silver pinballs. A piece of indifferent Chicago sky hung in the window. The room smelled of gas and sugar, a closed wintertime smell.

In the best short stories, we watch the characters in extremis, subjected to so much ill fate, and that is where the heart of story beats. The title story in Who Do You Love taken from the Bo Diddley song, centers on a suicidal social worker, Judy Applebee. The character, as Thompson describes, is one “who is crippled by her lack of self love.”  Judy’s alienation runs deep, from her relationship with her mother, to her boyfriend, to her clients at the agency. One evening, she wanders into an expensive store in a shopping mall, caught up in imagining what her life might be like if only she could change its terms. Briefly, she wonders what it might be like to work in a place where people buy expensive things, rather than, as counsel bereft people, as she does. Just then, Judy catches sight of her own face in a mirror:

Her hair was lank as if she’d sprayed it with a hose. Her face was bare, shiny, more unnatural somehow than the clerk’s layers of cosmetics. The flesh was spread unevenly over the bones, like cold butter on bread.

Thompson is gifted putting her character’s through dire straits, illuminating setting, and  finding the barest, starkest undercurrents in the human experience. That makes her stories unforgettable. As bleak as the terms might be, there is a crazy amount of love in these stories.