The Death of the Heart, by Elizabeth Bowen 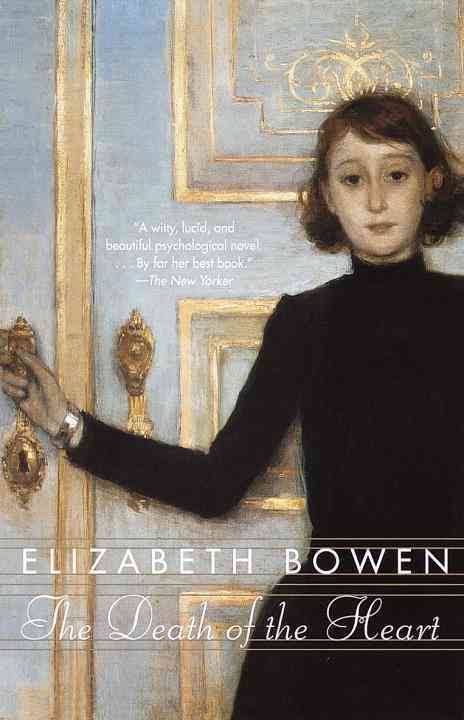 Even though it’s spring, there may be snow and frigid temperatures outside your window, and in Elizabeth Bowen’s 1938 novel, there’s likewise cold temperatures, of the emotional sort:

“That morning’s ice, no more than a brittle film, had cracked and was now floating in segments. These tapped together or, parting, left channels of dark water, down which swans in slow indignation swam. The island stood in a frozen woody brown disk: it was between three and four in the afternoon. a sort of breath from the clay, from the city outside the park, condensing, made the air unclear; through this, the trees round the lake soared frigidly up. Bronze cold of January bound the sky and the landscape: the sky was shut to the sun—but the swans, the rims of the ice, the pallid withdrawn Regency terraces had an unnatural burnish, as though cold were light.”

I love this novel, in part, for this tone of chilliness, though I can appreciate how some readers might not find Bowen’s sensibility to their liking. Set in London between the World Wars, the story of adolescent Portia Quayne, who falls for a boy named Eddie, doesn’t sound all that cold, but Portia’s mother has recently died and as the novel opens, Portia has just moved in with her half-brother Thomas (Portia’s father via an affair with her mother) and his wife Anna. For me, the distant tone that defines its style conveys the isolation, the self-consciousness, and the desperation of what it feels like to be alone in the world.

The is something momentous about the height of winter. Steps rang on the bridges, and along the black walks. This weather had set in; it would freeze harder tonight.

So there may be chilliness in this classic novel of pre-World War Two manners, but Bowen’s precision, her sense of visual imagery, those “channels of dark water, down which swans in slow indignation swam,” and her sharp renderings of longing are likely what you’ll remember.

The Modern Library Association included The Death of the Heart in its list of One Hundred  Best Novels.