Between The World and Me, by Ta-Nahisi Coates. An educator and journalist for The Atlantic Monthly, Coates set out to write this memoir in the form of a letter to his son, inspired to pen a  contemporary version of James Baldwin’s The Fire Next Time. Called “powerful and passionate” by the New York Times, Coates’ exploration tracks, as Toni Morrison described, “the hazards and hopes of black male life,” and what it means now to be black in America.

All That Is, by James Salter. The esteemed novelist and short story writer’s final book was published to high praise in 2013, two years before his death at age 90. Considered a departure from his previous work, known for its compression and tightly controlled narratives, All That Is tracks the life of one James Bowman from his deployment to the Pacific theater in World War II, through divorce, marriage and old age. In his 2013 review, Malcolm Jones called the novel a “work that manages to be both recognizable…and yet strikingly original.”

All The Light We Cannot See, by Anthony Doerr. Winner of this year’s Pulitzer Prize in Fiction, Doerr’s novel, his second, and fifth book, is a braided narrative of two children during World War II, the blind Marie-Laure, part of the French Resistance, and Werner, serving the Thousand-Year Reich. Structured in short chapters, and told in alternating points of view, the brevity serves to deepen the portrayals. Amanda Vaill, in her 2014 The Washington Post review, said, “I’m not sure I will read a better novel this year.”

The Sixth Extinction, by Elizabeth Kolbert. In lucid mix of storytelling and reportage, Kolbert, a staff writer at The New Yorker, gives an account of the what Al Gore, in his review called the “violent collision between civilization and our planet’s ecosystem.” In her examination of the environmental effects on endangered and fragile places like the Andes, the Amazon rain forest, the Great Barrier Reef, Kolbert shows what is at stake, and what can be lost, if governmental policy continues to ignore real effects upon evolution and extinction.

The Lowland, by Jhumpa Lahiri. Political upheaval, two brothers, immigration and separation occupy this saga of divisiveness and war in the social and political world of 1950’s Calcutta and the Naxalite Movement. Nominated for the 2013 Man Booker Prize, Lahiri’s novel, her second and fourth book, looks at the saga of upheaval, immigration, and as Maureen Corrigan in her 2013 review said, a place where “Geography is destiny.”

Washington: A Life, by Ron Chernow. Published in 2010, Chernow’s book is a comprehensive look at the United States’ first president. Six years in the making, the biography was six years in the making, and Chernow, who was once a business journalist, first began the book while writing another on Alexander Hamilton. Drawing largely on Washington’s extensive record-keeping, the book won the 2010 Pulitzer Prize for Biography. 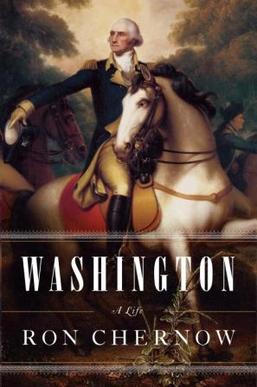 So what did The President leave out? Here’s Mark Lawson at The Guardian on what’s not on the list:

“In fiction, the striking absences are Harper Lee’s Go Set a Watchman – possibly because the president has already read the racially contentious companion novel to To Kill a Mockingbird, or because he doesn’t want to be seen reading it – and any crime or thriller titles, which have been the genres most favoured by previous recent occupants of the Oval Office. Bill Clinton helped to popularise the novels of Walter Mosley and was an admirer of PD James, while both Clinton and the first President Bush were declared fans of Richard North Patterson. Obama, though, prefers the sort of stories that please the judges of the fancier writing prizes: Doerr won the Pulitzer, Lahiri was a finalist for the National book award. “

And as other literary observers have also done over the past week, Lawson unpacks the Presidential reading list as what the choices might signify.

Lauren Alwan’s fiction has appeared in the O. Henry Prize Stories, the Southern Review, the Alaska Quarterly Review, StoryQuarterly, in the Bellevue Literary Review as the recipient of the 2016 Goldenberg Prize for Fiction, and elsewhere. Her essays have appeared in ZYZZYVA, The Rumpus, The Millions, The Northwest Review of Books, Writer’s Digest, among others, and listed as notable in Best American Essays 2016. She is a prose editor at the museum of americana, an online literary review. Follow her on Twitter at @lauren_alwan and learn more at www.laurenalwan.com