By Nightfall, by Michael Cunningham 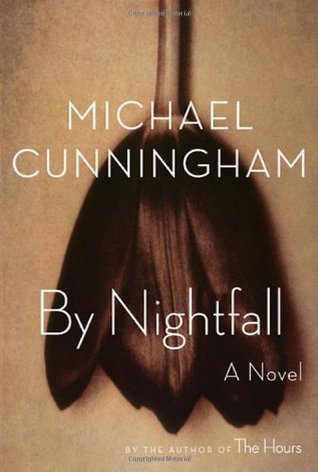 Peter and Rebecca Harris are forty-something New Yorkers, well-off, hip, empty-nesters. Peter is an art dealer, Rebecca an editor, and their twenty year-old daughter Beatrice has fled her parents’ downtown loft for an unstylish life in Boston, working in a hotel bar and living with a puzzling roommate, a middle-aged woman who’s unambitious and adrift.  Peter and Rebecca spend their days in dedicated, ambitious striving—nights are spent at stylish parties or at home with take-out and movies. And though Peter’s livelihood centers on art, the art he promotes is disappointing—too ambitious, or cynical, or cerebral—making him  woefully in need of the transcendent, the beautiful. From the first pages of Michael Cunningham’s By Nightfall, this absence defines Peter as he grapples with a life that is insidiously less-than—less-than devoted to the beautiful, less-than blissful, far from the esthetic high water mark he’d hoped by now to have achieved.

Peter and Rebecca’s marriage runs on the stability and momentum from an earlier, more ideal time. In Peter’s mind they now live “unexpectedly usual lives,” and the ballast that has brought him this far is eroding in all manner of ways. Enter into this fraught scenario Rebecca’s wayward youngest brother Ethan, known to the family as Mizzy—short for Mistake—the moniker earned upon his arrival as the final, unplanned child. In this triangle, it’s of course Mizzy who provides the narrative interference. He does this not so much through his actions, but in his effect on Peter. Peter is haunted by the early death of his older brother, Matthew, a loss that has left a nagging absence of hope, and a tendency to feel an intense fervor for those he loves—a love that he is never quite able to adequately express. When Mizzy returns, the twenty-four year-old prodigal brother brings a prior drug habit, vague plans for the future, and an erotic presence that throws Peter completely off course.

By Nightfall is the sixth novel by Michael Cunningham, author of The Hours, winner of the Pulitzer Prize in 1999. Fans of The Hours will find the same lyric prose and character depth here—as Cunningham is a writer of affecting and lovely sentences. He puts so much of the world into a few lines, the effect is both mind-boggling and supremely satisfying. And he can draw a moment like few can. Here’s Peter recalling a teenage crush, Joanna, who one summer joined the family at their rented cabin as a guest of Matthew:

“Joanna stood, amid her scent and the other emanations of her person-hood, in the until-then-familiar living room, rendering it profound and eternal.”

Joanna, as it turns out, is Peter’s first experience of inaccessible bliss and beauty: “He will be in love with Joanna all his life, though as time goes on he will augment and supplant and reimagine her, enough so that, years later, when he is going through Matthew’s things in Milwaukee and finds his old yearbook, he will not at first recognize Joanna in her senior photo.”

That’s Peter in a nutshell, longing for a bliss that can’t last. The feeling makes him susceptible to the unreliable Mizzy, and that inclination lends a page-turning suspense to this largely interior, character-driven novel. Early on, unaware that Peter is home, Mizzy transacts a drug deal in the living room, an incident Peter keeps a secret from Rebecca, despite his guilt in doing so., and the act launches the first real intimacy between the brothers-in-law, and Peter’s obsession. 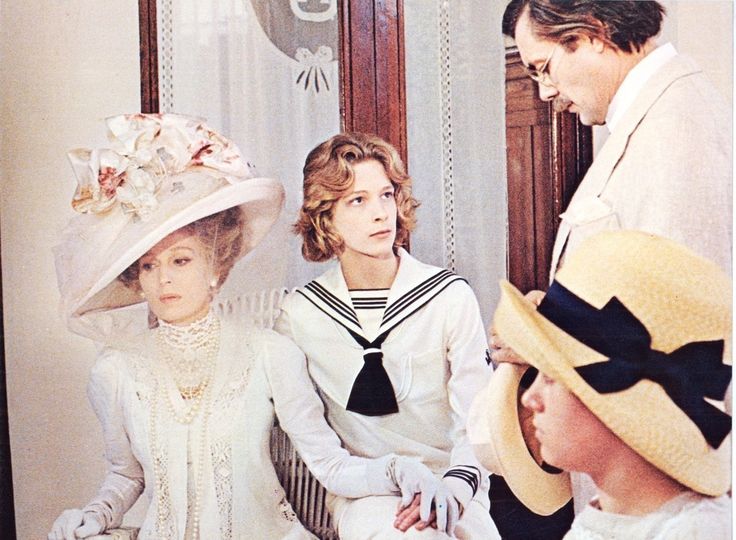 By Nightfall is set in the world of art and artists, but Cunningham braids in literary references—The Great Gatsby, The Magic Mountain, John Cheever, Raymond Carver. There’s also Death in Venice, which was the seed of By Nightfall, as the author told The Paris Review. Thomas Mann’s novella of Aschenbach’s longing for the beautiful youth, Tadzio, had a tragic outcome (the film still at left is from Luchino Visconti’s film of 1971with Bjorn Andresen as Tadzio and Dirk Bogarde as Aschenbach). In By Nightfall, tragedy is averted, but in the end, the weight of impossible longing for unattainable beauty reveals serious cracks in the lives of its characters.

LitStack Rec: Werewolves in Their Youth & Safe From the Sea

On this day, January 21, in 1895, Japanese author, social critic and feminist Itō Noe was born in Fukuoka, Japan. While editor-in-chief of the feminist magazine Seitō, she placed great emphasis on addressing societal problems which garnered severe government pushback and censorship. Her anarchist views on challenging arranged marriages, promoting free love and legalizing abortion (and later prostitution) threatened societal norms, and in 1923 she, her longtime partner, and his 6-year-old nephew were arrested, strangled to death, and thrown into an abandoned well by a squad of military police, sparking shock and anger throughout Japan; she was 28 years old.