Fans of The Sympathizer, Nguyen’s debut novel that won the Pulitzer Prize in 2016, will find much of what they loved in the author’s second book of short stories. Where The Sympathizer explores the effects of the Vietnamese War, and the experience of refugees’ displacement through the taut voice of its unnamed narrator, the stories in The Refugees look at similar issues, though in a more nuanced way. 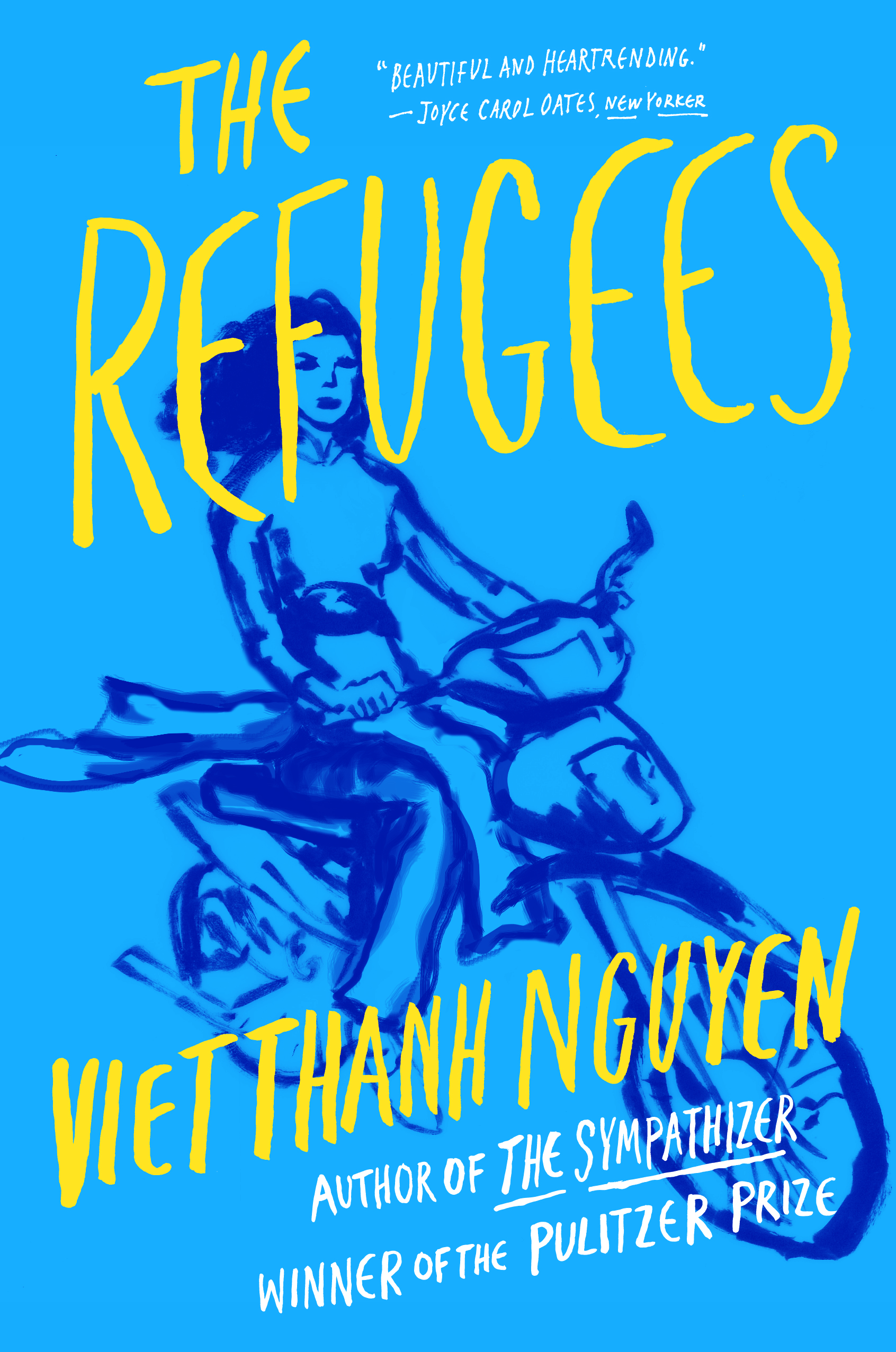 While the characters in these stories appear to lead quieter lives than the unnamed double-agent who plays both the Nationalist and Communist sides, the dilemmas for the characters here are no less powerful. Nguyen’s obsessions—identity, family loyalty, dislocation, memory—drive these nine stories. Memories of Vietnam and the ghost of her brother haunts a young woman who aptly earns her living as a ghostwriter. A boy and his parents, living in 1970s San Jose and running a market, grapple with the change that confronts them when a family friend pressures them to donate funds to fight the Communists in Vietnam. A new arrival in San Francisco is sponsored by a gay couple, and finds his new life has a startling openness and freedom. Each story here shimmers with Nguyen’s emotional and political insights in prose that is precise, vivid, and elegiac. In the opening story, “Black-Eyed Women,” the sister who’s haunted by her brother’s ghost says to him, “Looking back…I could see that we had passed our youth in a haunted country.” The tensions between the American-born and native Vietnamese come into contrast, too. In one of the most striking stories, “Fatherland,” an eldest daughter, named Phong, of a father who’s gone to the U.S., discovers he has a new family there—and has given his three children the same names as his children back in Vietnam. When her eponymous counterpart and half-sister comes to visit in Saigon, she appears to be the ideal of American success, spending money on elaborate dinners, gifts, and outings for her second family. Except the American Phuong has endowed herself with a foreign name, Vivien:

The analogy of the defeated southern Republic and O’Hara’s doomed South, is among the numerous surprising and perceptive connections Nguyen makes in these stories of loss and displacement. There are echoes here of Jhumpa Lahiri’s stories, Interpreter of Maladies, another debut collection (that won the Pulitzer Prize in 2000), by a writer whose voice, like Viet Nguyen’s, looks at the tensions between homeland, the experience of diaspora, and notions of what constitutes foreigness through portrayals of unforgettable characters.