The Lesson of the Master, by Henry James

Colm Tóibín, in his introduction to the 2007 edition of Henry James’ classic novella, cites a note James made in 1888—an idea that came to him after reading the memoir of a colleague:

“…it occurred to me that a very interesting situation would be that of an elder artist or writer, who had been ruined (in his own sight) by his marriage and its forcing him to produce promiscuously and cheaply – his position in regard to a younger confrère whom he sees on the brink of the same disaster and whom he endeavours to save, to rescue, by some act of bold interference – breaking off the marriage, annihilating the wife, making trouble between the parties.” 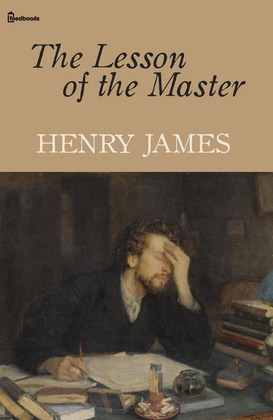 That same year, James published The Lesson of the Master. The book centers on two writers, one a celebrated elder, and the other, a striving newcomer. The titular Master, Henry St. George, is a celebrity novelist whose best work is behind him—though luminary that he is, still garners accolades and attention. The newcomer is Paul Overt, the aptly named open-hearted young writer who by all accounts is poised for greatness. Overt idolizes St. George, and as the novella opens, meets him on an weekend at a country home outside London. He learns St. George has read his work—and admires it—the first of a series of discoveries that puts his reverence for the Master in a different light.
buy viagra black online https://viagra4pleasurerx.com/viagra-black.html no prescription

On that same weekend, Overt meets the luminous Marian Fancourt, a young woman who’s read all of St. George, along with his own comparably meager output. Overt is immediately struck by Marian’s understanding, her beauty, her insights into art, and especially his work, and will soon fall in love with her, imagining her as the ideal champion and supporter. These two introductions set into motion the polarities of the novella: of love and work, art and commerce, and the sacrifice necessary to realize the greatest achievements. The Lesson of the Master is about the conflict of life and art, of failure and success, and the forfeiture art demands.

When the two first meet, there is a rapport, and briefly, the fraternity Overt imagined. In that first candid conversation, St. George advises:

Look at me well, take my lesson to heart—for it is a lesson. Let that good come of it at least that you shudder with your pitiful impression, and that this may help to keep you straight in the future. Don’t become in your old age what I have in mine—the depressing, the deplorable illustration of the worship of false gods!”

Overt asks what he means by false gods, and St. George tells him, “The idols of the market; money and luxury and ‘the world’; placing one’s children and dressing one’s wife; everything that drives one to the short and easy way.”
buy vibramycin online https://viagra4pleasurerx.com/vibramycin.html no prescription

James intended his work to be reread numerous times, including The Lesson of the Master, one of James’ shorter works. Scholarly reviews cite one example of the Jamesian tendency for deep attention to detail in this work, the identification between St. George and the character’s Christian namesake, a dragon slayer who renounced a false god. The pleasure of rereading James, especially this shorter work, is not so much the mythic parallels in this double portrait, but the way, with repeated readings, the language continually reveals the characters. Their motives and tendencies appear clearer as familiarity peels the layers away. James has fun too, with the snobbery of those who support artists but have not the taste for self-denial. He takes careful aim at Mrs. St. George, for one, a woman who values materialism and social status over her husband’s “rare gifts.” As events move forward, the reader sees the crack in St. George’s armor, so to speak, long before Overt does. From that first encounter, the young writer’s image of the Master falls into question. With their growing familiarity, the elder writer’s underpinnings begin to show, and reveal him to be as husband whose wife burns the manuscripts she doesn’t feel are good enough, who won’t let him smoke, and whose snobbish attitude demands an income that can only be achieved by writing books of lesser quality.

That doesn’t dim Overt’s reverence for St. George, who does in fact have a lesson for his young admirer, and it’s this: Art can only be great, he tells him, if the artist rejects the trappings of life, if he denies love, marriage, children, and frees his art from the demands of others. Only by rejecting attachments, responsibility, normalcy, and the all-consuming interconnections can the artist be free to make great art. And though the ambitious young writer aims for greatness in his work, he hopes to succeed in art and love. But James shows us the impossibility of having both, the hardest lesson of all.
buy vidalista online https://viagra4pleasurerx.com/vidalista.html no prescription