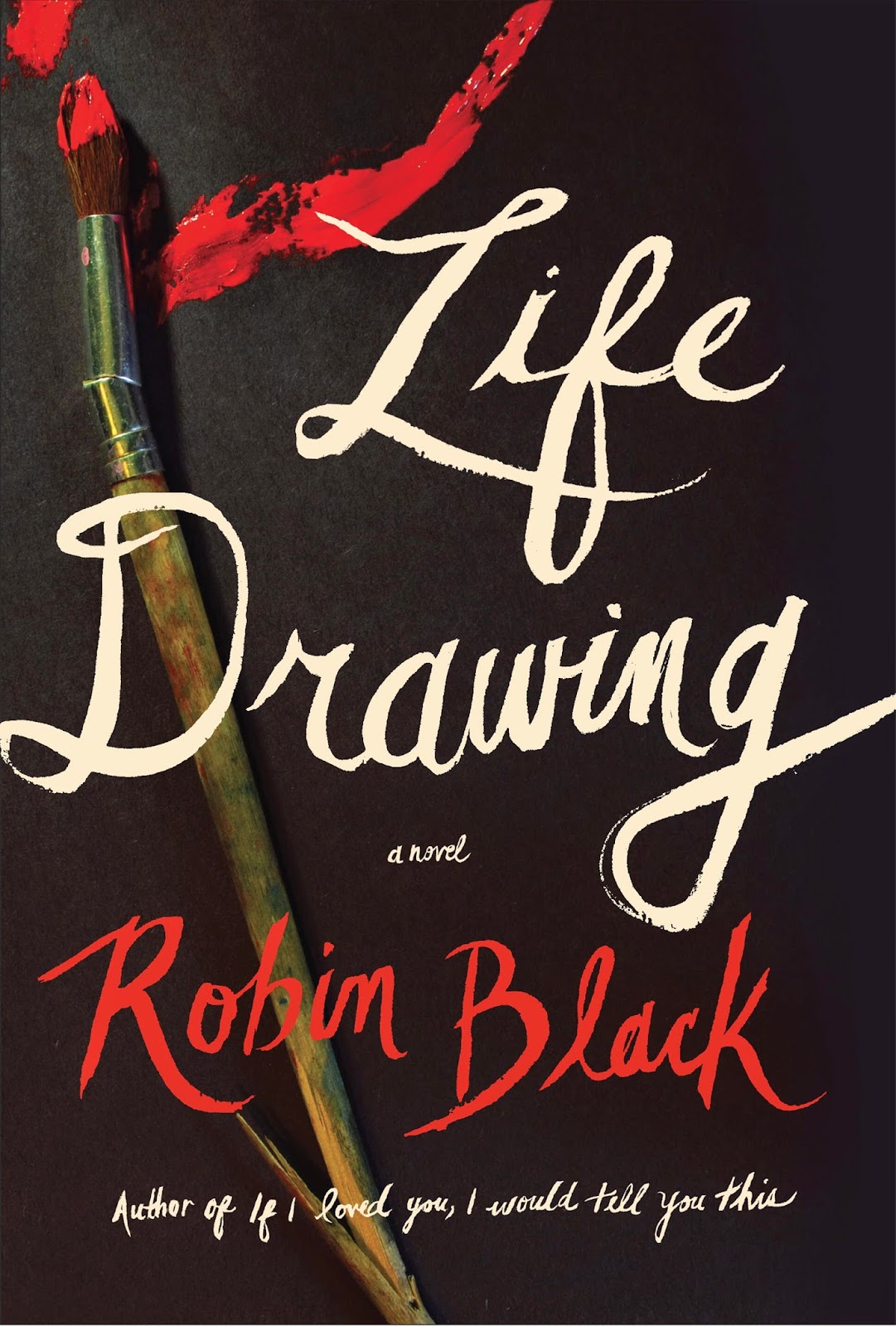 “Nobody outside a marriage can understand it,” the narrator of Life Drawing tells us. In Robin Black’s first novel, Augusta Edelman is a painter, married to Owen, a writer, and they have moved to the Pennsylvania countryside to live in the quiet and pursue their work. The Edelmans have been together for over two decades, but below the surface, things between them are complicated.

As the novel opens, Owen has died, and as the story reels back to recount events, we learn the move was motivated by a desire to distance themselves from a troubled period in the marriage. Two years before, Augusta, or Gus, had an affair with the father of one of her painting students. With this history of the affair,  Owen’s death launches the story with a strong element of suspense.

All stories are ghost stories, so it’s said, and for Gus, the past makes visitations in multiple ways, giving Life Drawing the feel of a confession. Motherless, and childless, Gus never quite connects with those she loves. With the loss of her mother in childhood, and the death of a beloved sister, Charlotte, at forty-six, Gus feels the weight of absence in everything, including her marriage. And neither does she feel that Owen, who wanted children but is unable to have them, understands these deeper parts of her experience. “I’d always doubted that Owen understood that slightly standoffish manner of mine, the motherless part, the part that didn’t know what to with Alison’s arm in mine as we walked.” Alison here refers to Alison Hemmings, a transplanted Brit who rents the house on the next parcel over, and produces the inciting event that launches the novel’s action.

Both Owen and Gus, perceptive as they are as artists, are unable to see certain realities: “Neither of us acknowledged that our move had anything to do with my infidelity two years before.” Because Gus’ affair haunts the marriage, the couple sees the house and its improvements as a way to heal. Breaking open the walls during a remodel, Gus discovers World War One era newspapers, and intrigued, uses the obits of young soldiers as subjects in her paintings. Owen spends his days in the rehabbed stone barn, hoping to break his writer’s block with a new book.

Gus and Alison become friends, and one of the pleasures of Life Drawing is Black’s treatment of the friendship that develops between the two women. The intimacy happens gradually, in walks around the Edelman’s pond, on trips to the farmer’s market, or to see Gus’s father who lives in a nursing facility due to his dementia. The women bond through talking, over dinners, or glasses of wine on the porch, and their intimacy forms through conversations that move from those familiar getting-to-know-you details to more intimate confessions, all in true-to-life pace.

The bond is tested with the arrival of Nora, Alison’s daughter, a young, beautiful student of writing who is also a devout Christian. She develops a crush on Owen, and on visits home begins spending days with him in the stone barn, reading his manuscripts and fortifying his bruised ego. While Gus has fully considered that Owen might retaliate with an affair of his own, the reality is quite different, and knowing what we do about their mutual history gives the action a sense of drama—and makes this novel a page-turner.

Black, the author of a collection of stories, If I Loved You I Would Tell You This and Crash Course: Essays From Where Writing and Life Collide, is an emotionally precise writer whose powers of observation, both of the physical world and the psychological landscape, are acute. Of her painting craft, Gus tells us, “I sometimes think of visual details as deep, private pools of water into which I dive alone. I am oblivious at those times to anything beyond my sense that there is a way to communicate to others exactly how the world appears to me.” She goes on, and the description could well apply to Black’s prose style as well.:

This is the precision for which I strive. Some kind of commitment to accuracy, my belief that the appearance of a thing can flow right through me and out to another set of eyes. And not just the appearance, but the beauty to be found—even in things not inherently beautiful.”

“The betrayer doesn’t get much sympathy,” Gus tells us, but in Life Drawing, Black gives a portrait of a woman who fiercely loves the husband she has lost yet never quite reconciles the needs that divided them, and that makes for a powerful read.