Jerusalem:  A Cookbook, by Yotam Ottolenghi and Sami Tamimi

Some cookbooks are defined by a generation. Your grandmother’s shelf likely held The Joy of Cooking or Julia Child’s The  French Chef. Your mother’s, The Silver Palate or The Moosewood Cookbook. Jerusalem is a cookbook that has similarly struck a culinary-cultural nerve, tapping into an unbridled interest in global and cross-cultural cuisine. Even if the book isn’t on your shelf, you may well have been served one of its delectable dishes by your last dinner party host. The large format, full-color 320-page volume (published in 2012 by Ten Speed Press), has a unique across-the-board appeal—how many cookbooks can claim to be listed in the Anthropologie catalog?

The book’s authors grew up on opposite sides of the divided city of its title—Tamimi in the Arab East, Ottolenghi in the Jewish West. Now, both live in London. The 120 recipes here are arranged from soups and condiments to meat, fish—and an intriguing category, “Stuffed,”all of which tap into iconic flavors and ingredients of the Near East—lemon, lamb, chickpeas and eggplant, for example. Those origins may be humble, but here they take on a Michelin five-star appeal. The packaging of the book is glorious, not to mention practical (the oversize format has a waterproof cover and stays open easily). The photographs are full-page, some two pages, and their color and detail are gallery-worthy. In a starred review, Booklist said, “the passion and skill evident in this collection of Mediterranean cuisine are contagious.”

Jerusalem (the city) is historically known for its wide-ranging influences—Christian, Muslim and Jewish, and the cuisine incorporates flavors from almost everywhere else: Iran, Poland, Syria, Italy. Of the book’s intense appeal, The New York Times said:

“Jerusalem seems like an open door to a new realm of flavor. The recipes are full of sun, accented with salt, and rife with crunchy and creamy contrasts. There are new grains, greens and spices to explore, and fistfuls of garlic, capers, feta cheese and other familiar ingredients from around the Mediterranean.”

Some cooks may be put off by the lists of ingredients, but it’s likely most are already in your pantry. My first attempt was the “Roasted cauliflower and hazelnut salad,” a gem whose most exotic ingredient was pomegranate seeds—and the sherry vinegar I had to buy. If you think cauliflower doesn’t belong in a salad, I’m guessing you have yet to eat it roasted, a preparation common in Near East cooking. I first ate roasted cauliflower in my Turkish grandmother’s kitchen, and can attest to the superior sweet nuttiness its roasting achieves. Combined with toasted hazelnuts, celery, parsley and spices, and you have the bright flavors and lively textures typical of Ottolenghi and Tamimi. 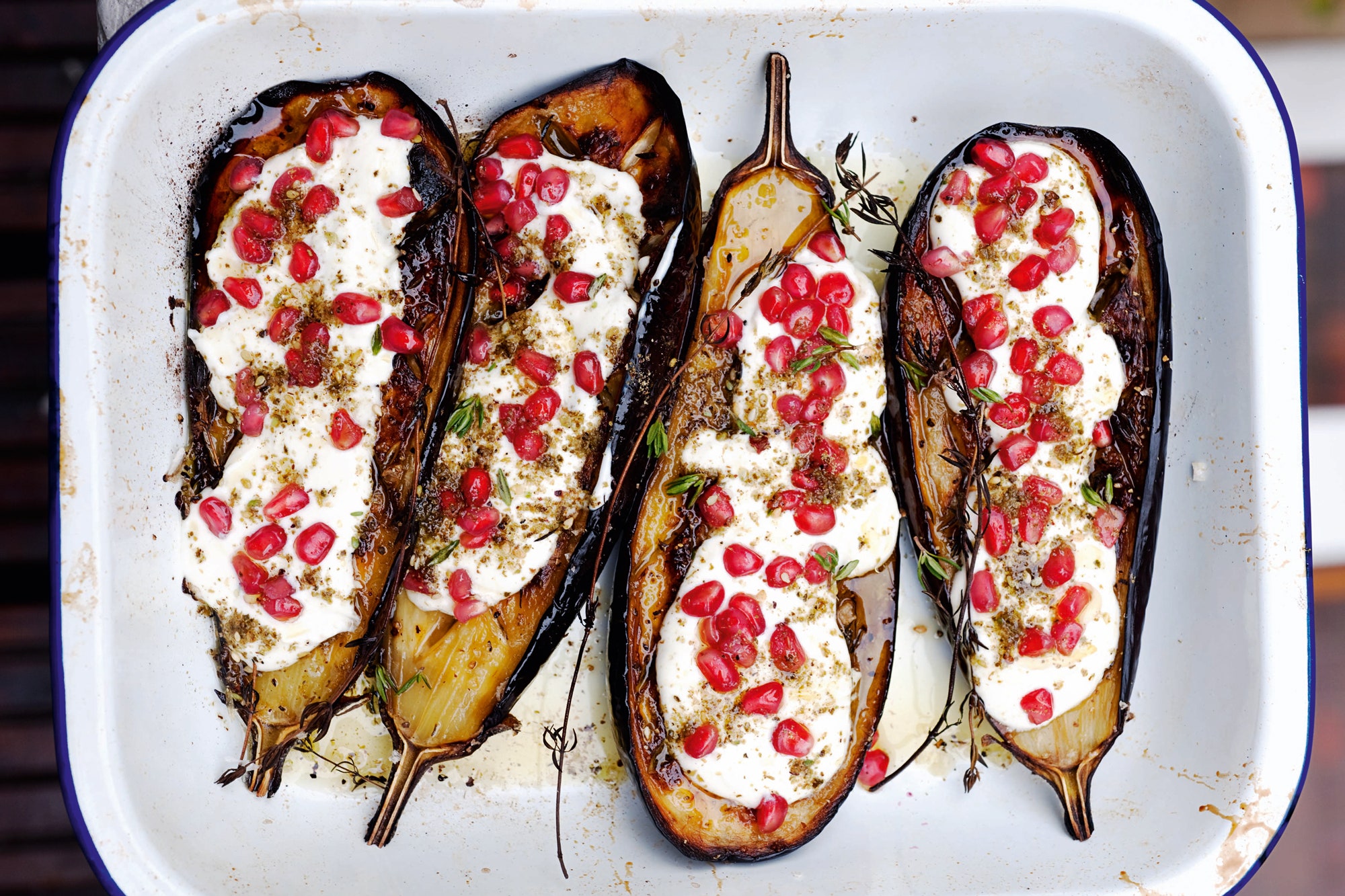 As the Times noted, Jerusalem may well be the only cookbook with its own social media hot zone: #tastingjrslm is a certified hashtag across a number of networking sites. Perhaps preparing the dishes of this extraordinary book is as pleasurable as sharing it with online fans, but this cook doesn’t think so. This is a book I prefer to enjoy the old-fashioned way, in my kitchen by myself. “Braised Eggs with Lamb, Tahini and Sumac” ? Reader, I ate it.