Crime and/or suspense novels aren’t really my thing.  Not because they aren’t potentially great reads, but I tend to like my literature at least one step removed from reality – sometimes the setting and situations in these works hit too close to home.  But in the case of Sean Doolittle’s newest title, Lake Country, it was the close-to-home setting that made it a “must read” for me, for which I am humbly grateful.

The action in Lake Country takes place in Minnesota, my home state for the last 30+ years.  Starting off in the Minneapolis/St. Paul metropolitan area and moving “up north”, the landmarks and ordinary locations in Lake Country were a delight to me, because so much of it was based on real places and either real or pretty-darned-close-to-the-mark real entities (such as local television stations, newspapers and other businesses).  While I know that this in and of itself does not make for a good suspense story, taking such care to ensure that locations, directions, routes and landscapes mesh correctly and seamlessly as they would in real life bodes well for a well constructed and believable story.  And I sure as heck believed this story.

Darryl Potter and Mike Barlowe met while serving as Marines in Iraq.  Mike was shipped home when an RPG took out his knee, half his hearing in one ear and his peaceful nights; Darryl was the one that pulled him out of the ambush.  Darryl got stateside later, limbs intact but without an honorable discharge.  Times had not been easy for either man since their return to civilian life, but Darryl seemed to get the short end of the stick, floating between homes, jobs, ambitions (or lack thereof).

While pounding back beers one unremarkable Tuesday evening, the two buddies watch a local news story on the five year anniversary of the death of Becky Morse, the Mankato State student who died two days after a collision with an SUV driven by a prominent architect burning too much of the midnight oil; he had nodded off behind the wheel and hit her economy hybrid head on.  It had been a terrible accident, cutting short a promising, young life, but no alcohol had been involved so the architect had gotten off with ten days served and five years probation.  There had been rumblings of a new law (to be known as “Becky’s Law”) to punish those operating a moving vehicle under the influence of “drowsy driving”, but any pending legislation had floundered: who can place a legal limit on fatigue?

There was a bigger story here for Mike and Darryl, though:  Becky Morse had a brother, and that brother had also been in their unit in Iraq.  Cleared for leave when the accident occurred, he had elected to stay at his station until there was more news on his sister’s condition.  Learning of her death two days later, Lance Corporal Evan Morse hitched a ride to the main base with a returning supply convoy but never made it – the Humvee he had been riding in hit a roadside IED.  Mr. Morse made it through the funerals for his daughter and his son, then headed up north, paddled a canoe to the middle of a lake and shot himself.

They drank more to Lance Corporal Morse as the night wore on.  And his kid sister.  They drank to the 4th Battalion, 8th Marines.  They drank to Lily Morse, who’d lost her family one member at a time until she’d woken up all alone one morning in a tidy house in West St. Paul.  Nobody could decide whether to drink to Bill Morse or not, checking out the way he had, but they erred on the side of sympathy.  They made the rounds again every so often, just to be thorough.  By closing time, Darryl was only getting warmed up.

In a perfect storm of resentment, lingering anger and a need to settle past scores, Darryl decides to exact his own measure of justice by kidnapping the architect’s 20 year old daughter (“Maybe it’s just me,” he said, “but it seems like the son of a bitch at least ought to know what it feels like before he gets to be done.”).  But the situation spirals out of control, putting both himself and Mike – who had chased Darryl up to the lake country in an attempt to bring about a peaceful resolution – in desperate danger, not just from the authorities, but from a criminal element that had also been roped in by Darryl’s ill thought out plan.

Lest you fear I’ve given away too much here, rest assured that there is much more to Sean Doolittle’s taunt, fast moving narrative than I’ve touched on.  Intertwining stories of a local news reporter who’s first story was the Becky Morse death and is now leading on the Juliette Benson kidnapping, the unequal partnership between a passive local bookie and overly aggressive bounty hunter, and all the peripheral players whose lives get pulled into the investigation and pursuit.

But where this novel really shines is how it moves fast (virtually all of the action occurs in only two days) without sacrificing story, how every page cuts right to the point but in a very honest way.  Nothing is pushed yet everything moves forward.  The dialog is real, clever in the way real people are clever; the emotions are the ones that you and I struggle with – this book is shot through with genuine, every day drama meted out on a larger than life canvas.  There are no stereotypes but there are recognizable players.  There is no bloodbath, but the violence that occurs is devastating.  There are heroes and there are villains, but everybody has warts of some kind, not the least of which is cowardice and not the worst of which is a frustrating inability to see beyond the moment because the pain of the moment just hurts too much.

But throughout the entire book, not one page, not one paragraph felt forced or contrived; not one action occurred simply to get the story to go into a particular direction, absolutely nothing felt scripted.  Yet I was caught up in the middle of a huge drama – one that I could totally relate to even if I could never imagine myself to be in a position to ever experience what was unfolding.  That, my friends, is art.

An interesting thing happened as I read Lake Country:  I slowed down as the climax of the book approached.  Usually I rush through conclusions, especially if the story builds up to them, as if I can’t wait to find out the resolution.  But in this case, I had become so vested in the characters which Sean Doolittle had created that I was scared to read on – scared that the superb story I had enjoyed to that point would default to the tried and true, typical orgiastic violent ending.  I won’t spoil it for you – it was indeed devastating.  But oh, so worth reading.  Even if you aren’t from Minnesota. 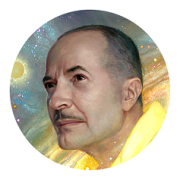