Hope for a different type of life  is not an option for Aibileen or Minny.  Both women have been working as domestics since they were scarcely more than children themselves.  Aibileen has loved and raised many white children over the years.  She adores Mae Mobley Leefolt, Elizabeth’s two-year-old daughter.  (Elizabeth is cruel and negligent to the child.)   Aibileen’s voice is rich with the love and the sadness she has experienced caring for these white children, who grow up to become as bigoted as their parents.  Aibileen’s loving heart, quite dignity and strong faith in God are the tools which help her through life.  She must remain silent about the daily injustices she endures or risk losing her livelihood.  Minny has never been able to avoid speaking truth to power, nor will she play Emperor’s New Clothes.  Luckily, Minny ends up in the employ of Celia Rae Foote, a sweet young woman who is socially ostracized by the other white women.   (Celia, who comes from a poor white town named Sugar Ditch, made the horrible double faux pas of marrying above her station, and marrying Hilly’s former beau Johnny Foote.) Celia has never had help before, and she innocently labors under the delusion that she and Minny are actually friends, much to Minny’s initial horror.

Skeeter gets a job at the local paper as Miss Myrna, the weekly cleaning advice columnist, and asks Elizabeth whether Aibileen can assist Skeeter–who lacks any knowledge of housekeeping–with answering her readers’ questions.  After they both watch the televised enrollment of James Meredith at Ole Miss, Skeeter confides in Aibileen about her dreams of being a a real writer.  Aibileen finds herself telling Skeeter things she would never tell a white woman.  Eventually they form a friendship which leads both women to engage in an act which is the catalyst to the central conflict in the novel.  This act, while imperative to social change, adds an extra dimension to The Help, which also is a book about becoming and being a writer.

The Help uses the friendships between the characters to shed light on issues and problems which affect all women, black and white.  The novel does a wonderful job in depicting marriages and romantic relationships, although only a few seem to based on true love and respect.  Motherhood is a very strong theme running throughout.  Some women love and want their children, some may not want to have children, some are unable to have children, and some have lost their children forever.   Domestic violence, threat of sexual assault, alcoholism, and depression are revealed in a very realistic and unsentimental way.   Stockett’s ingenious creation of these characters who occupy a place and time which existed nearly 50 years ago reflects the social, feminist, and racial inequities which still are with us today. 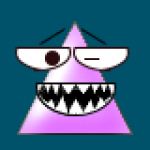 10 thoughts on “Kathryn Stockett's THE HELP: The Past Sheds Light On The Present”