The pages are still blank, but there is a miraculous feeling of the words being there,

The act of writing is a strange beast. A creature to love and to loathe, quite often at the exact same time.

It can be an act whose very execution causes the soul to feel at one with the universe. The writer can almost feel the wind blowing full-on into the sails of the story, mother nature herself dotting the i’s and crossing the t’s. The act of writing becomes a journey to a mythical land, where mysteries abound and the unexpected can happen at any time. A tantalizing feeling of creative freedom unlike any other.

It can also be a real soul-sucking, spirit-crushing, pain in the ass.

Writing is easy. All you do is sit staring at a blank sheet of paper until drops of blood form on your forehead.” – Gene Fowler

Some days I sit before the keyboard and the words just spill out of me, a veritable Niagara Falls of ideas. Smoke rises from the keyboard as my fingers blaze over it, the soft tapping of the keys a symphony of creativity. The clock vanishes from my mind, the world around me falls away, a vague figure behind thick, opaque glass. I love these days when they occur. It would be more accurate (and, admittedly, a tad pretentious) to say I live for these days. To watch a world or an idea gloriously take shape with me as its architect.

Then there are the other days.

Days when my mind is full to bursting with the desire to write, fingers at the ready, the house set at quiet (mostly)…yet…nothing. The flow is blocked. I urge. I push. I strain. Still nothing. Not so much as a single, cohesive sentence that doesn’t look like one of my fifth grade students wrote it. No, that’s not fair. A sentence so malformed that even my fifth graders would sneer at its stylistic ineptitude. I try to eradicate the block. I take a walk. I listen to some music. I do some work around the house. I read. I lose my way in the quagmire known as Facebook or its thorny neighbor, Twitter. I sit and stare at the wall.

Sometimes I am successful and the stubborn block eases a bit, enabling me to get something that is readable down. But there are other days when, no matter how much I try to dislodge it, the block stays firmly cemented in place, smugly smirking at my efforts. On these days, when my frustration is at its highest, when I want to toss the laptop into the incinerator and reduce it to a tiny, smoking lump, I have started to do something new. I have started to write anyway. I grit my teeth and take a chainsaw to that block, writing as an act of sheer, determined, willpower. Mostly what comes out on these days is weak. But it is there. Granted, a good deal of it finds its way to the bottom of my digital recycle bin, but not all of it. The creative juices, as stunted as they were, flowed just a bit.

Through this bullheaded insistence to write, even when my own personal creativity department has headed off to Fiji for the day without me, I have discovered a strange phenomenon. The more I tackle these frustrating days head on, the frequency of their occurrence diminishes. They are hell to go through. But I come out on the other side better than when I went in, even if I end up deleting a good portion of what I wrote. “Builds character,” as my dad always said when I was a kid. When those words came out of his mouth I knew that I was in for some back-breakingly difficult work, something I would not enjoy but that I would be able to learn from, whether I wanted to or not.

Turns out at age thirty-eight, it still means the same thing.

How about you? What do you do to unblock your writing when you want it to come, need it come, yet it stays stubbornly locked in your mind, refusing to come out until it is good and ready? How do you get the creative juices flowing when they are log-jammed? Share your thoughts in the comments below. 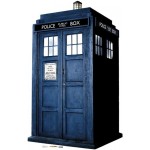 2 thoughts on “It’s a Jekyll and Hyde Thing: My Pursuit of the Written Word”