Dee Henderson returns from a five-year hiatus with her much anticipated novel, Full Disclosure. Showcasing her ability to craft a story full of intricate detail and interesting plot twists, Henderson produces a mystery that has her characters sifting through clues from an ongoing murder-for-hire case and delving into the secrets of one of the nation’s most powerful political leaders. Henderson more than delivers on providing armchair sleuths the chance to unravel two mysteries for the price of one.

FBI Special Agent Paul Falcon and Midwest Homicide Investigator Ann Silver meet when one of her cases provides a lead on a female assassin the FBI’s been tracking for years. Silver’s investigative skill, intelligence, and unassuming personality intrigue Agent Falcon so much that he spends the rest of the novel  running down leads on the elusive lady shooter while uncovering the secrets of this enigmatic detective.

As it turns out, Silver has plenty of secrets to uncover. Her involvement in cases across the Midwest and her connections to the highest ranking officials in the nation place her in a tenuous situation when news of a major political cover up is about to be revealed.  Silver not only knows the people involved, she cooperated with them to suppress evidence. In a concerted effort with the former Vice President of the United States, Silver hands over the evidence to Agent Falcon and the FBI, trusting them to re-investigate and document the case before the public has access.

Falcon, who is now chasing answers for two classified, high-profile cases, begins to see a thread that connects them both, and the revelations that come from his discoveries have the power to rock the political world and destroy Ann’s. He is convinced that he must find a way to pursue justice and protect the woman he loves.

Falcon’s pursuit of the assassin capitalizes on the best of cat-and-mouse style detective stories. From long stake outs, to cracking codes, to deciphering clues on secret audio tapes, Henderson leads her readers on an exciting chase.  When you add to that a conspiracy to conceal a crime committed by a former Vice President, you understand why Dee Henderson is the standard bearer for inspirational romantic suspense.

As one of Henderson’s long time fans, I’ve come to rely on her ability to balance a compelling plot with engaging characters, so I was disappointed that this story failed to deliver on the latter. While Paul and Ann are noble characters, they lack the depth to endear themselves to the reader. Their conflicts and motivations are almost entirely external, driven more by the case than any authentic bond. There is no chemistry between them and little motivation for the reader to want to see them together. While Henderson is not known for passionate love stories, her previous work exhibits a capacity to create a solid, soul-deep connection between hero and heroine that simply doesn’t exist with Paul and Ann.

Another problem is the premise that Silver is the author of Henderson’s previous novels. While I enjoyed getting to see some of the old characters again, the idea that Ann Silver not only knew them all, but also wrote their personal histories was a hard sell. At times, it felt like the purpose of this book was to promote Henderson’s other work. Blurring that line between fiction and reality creates a distraction for the reader and inhibits the story’s believability.

If this is your first introduction to Henderson, this read should whet your appetite for her earlier work, and I would encourage you to read both her O’Malley Family series and her Uncommon Heroes series.  If you’re already a fan, you’ll have enough confidence in her talent to know that the best is probably yet to come.

You can learn more about Dee Henderson and her novels on her website. 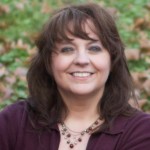