This week we continue our celebration of our August Featured Author, Wesley Chu with a review of THE RISE OF IO. Make sure you grab this great title from Wesley and check out all the news on his new release, THE ART OF PROPHECY.

Here are the details on TIME SALVAGER: 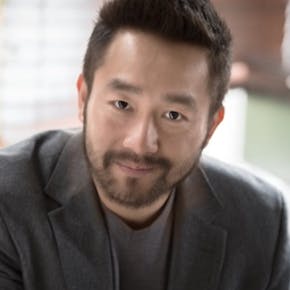 Convicted criminal James Griffin-Mars is no one’s hero. In his time, Earth is a toxic, abandoned world and humans have fled into the outer solar system to survive, eking out a fragile, doomed existence among the other planets and their moons. Those responsible for delaying humanity’s demise believe time travel holds the key, and they have identified James, troubled though he is, as one of a select and expendable few ideally suited for the most dangerous job in history.

James is a chronman, undertaking missions into Earth’s past to recover resources and treasure without altering the timeline. The laws governing use of time travel are absolute; break any one of them and, one way or another, your life is over. Most chronmen never reach old age; the stress of each jump through time, compounded by the risk to themselves and to the future, means that many chronmen rapidly reach their breaking point, and James Griffin-Mars is nearing his.

On a final mission that is to secure his retirement, James meets Elise Kim, an intriguing scientist from a previous century, who is fated to die during the destruction of an oceanic rig. Against his training and his common sense, and in violation of the chronmen’s highest law, James brings Elise back to the future with him, saving her life, but turning them both into fugitives. Remaining free means losing themselves in the wild and poisonous wastes of Earth, somehow finding allies, and perhaps discovering what hope may yet remain for humanity’s home world.

The year is 2611, Earth Standard, and Tier-1 chronman James Griffin-Mars has just completed another jump back in time to snatch a precious relic moments before it would have been lost for all eternity.

Bound by strict Time Laws, elite chronmen, under the direction and support of the massive ChronoCom agency, can only jump back in time when there is little chance that they will upset the chronostream. Jumps occur right before a disaster, when historical destruction is hours – or even minutes – away. “The past is dead,” is a chronman’s constant mantra. Sometimes they jump in order to retrieve relics for rich clients, but often jumps are for salvages of past generations:  power cores, chemicals, minerals, lumber, machinery, that help stave off deprivation in the corroded, resource starved worlds of the present day.

Chronmen themselves are a rare breed. They are highly trained and hardened – and more than a little psychotic. James has been a chronman for longer than most, bucking the odds even while becoming more jaded and irritating with each completed job. Most likely his longevity comes from having lived a hard life, for he’s known from a young age what it means to scrape to survive. But now, even his handler, Smitt, is worried about the drinking, the sullenness, the anger – and the nightmares.

So when James is offered a “golden ticket” – a job that will buy out many of the years remaining on his ChronoCom contract plus residency on the exclusive colony on Europa – he can’t swat it aside, despite the questions it raises. All he has to do is obtain specific equipment from a secret military installation in past Earth’s Arctic Ocean before some kind of malfunction destroys it with everyone on board. History names the target of his jump the Nutris Platform, which sinks into the ocean in 2097 – the final year of prosperity before the Great Decay begins.

But when James makes the jump, he finds a robust scientific station rather than a secret military installation. Still, his job is not to question the intel, merely to nab the objectives before the massive explosions rocking the Platform send it to its doom. But what James never expected was for random chance to trip him up, and he didn’t think how one impulsive act would change his life forever.

Wesley Chu, the author of the Tao series of books (The Lives of Tao, The Deaths of Tao, The Rebirths of Tao, and novella The Days of Tao) and the companion world Io series, has always written imaginative, accessible science fiction. As I remember him saying at his book tour for Time Salvager, he doesn’t shy away from the label, “commercial,” because for him, it’s all about the story. If the story is entertaining, then the author has done his or her job (my words, not his). And with this novel, Chu as done an exemplary job.

The action is fast paced, with diverse yet related story lines that complement each other, drawing the reader deeper into the narrative without having to resort to pages of exposition. This allows for a set of vigorous characters to develop intrinsically; who, like James, are more than merely cookie-cutter actors on the page. By concentrating on a handful of characters rather than a cast of thousands, Chu is able to keep his story moving forward in a way that allows us to feel like we’re inside the story, rather than simply watching it pass us by.

Some science fiction writers create fantastic tales where scientific minutiae is part of the environment, or where the main characters of a story can take technology and wield it to their will, repurposing or exceeding the expected capabilities of the machinery or ideas or data at hand. Not so in Time Salvager.

Chu neatly sidesteps the need for pages of exposition regarding the advanced devices that James utilizes as part of his job, such as armbands that filter out radiation, control atmosphere, and supply weapons and tactical support, by simply stating that chronmen don’t care how such things work, just that they do work.

And the explanation of time travel itself? Not a problem – it just is. And the story doesn’t suffer one whit for not even attempting to explain it.

In fact, what I enjoyed immensely about Time Salvager – one of the things I enjoyed immensely about Time Salvager – is that, although time travel is a major vehicle for the action in this book, it is not a book about time travel. Instead, it is about the choices we make in the course of everyday life, and how one snap decision can have huge repercussions. True, the main person making the decisions in Time Salvager is someone in a high-stress, high-impact, highly skilled position, and he’s an incredibly readable character:  a jaded loner forced to examine his humanity. And yes, the stakes are pretty darned high, with mankind spread throughout the solar system, but in dire straits due to short-sightedness, conflict, and greed.

But it’s a scenario that is identifiable to all of us, and that is where the book truly triumphs. For all the future fantastic elements in the narrative, it is the very human moments – good and bad – that truly resonate.