Everything Good Will Come

Sefi Atta’s debut novel is a beautiful stirring story on the concept of womanhood, family and love of country. Her protagonist, Enitan Twaio, is a woman of her generation struggling to express her voice in a land that has a history of repressing women. Spanning three decades, from the 70’s to the 90’s, Atta’s novel follows Nigeria’s political strife through the experiences of Enitan. Enitan is the perfect representation of Nigeria’s struggle with it’s old customs colliding with modern thinking.

Atta’s language immerses the reader into the Lagos, Nigeria with it’s mix of modern conveniences and old-world thinking. The novel begins with Enitan is 11 years old and just beginning to question her parents and her role in the world. Her mother is a devout Christian, almost to the point the church she belongs to borders on being a cult, and her father is a hard-working lawyer who dotes on his daughter. The result is a push-pull relationship with her parents that lasts well into Enitan’s adulthood. The summer of her 11th year, Enitan meets Sheri, her neighbor who lives with her father and his three wives. The girls continue their friendship as they grow older despite both being sent to boarding schools. Enitan spends nine years in London, and when she returns to her home, she is forever altered. She begins to see the failings of her government, the division of class, the lack of free speech, the oppression of women. Initially, she follows along, as she’s been taught to follow rules by her parents, but eventually she “wakes up” and decides she needs to speak up about the injustice she sees. The tipping point for her is when her father is detained and held without cause. Now Enitan fully becomes politically active at the cost of her marriage. In the end, Enitan is powerful, not in the sense that she has power over her surroundings, but feels her own sense of power, sense of accomplishment, a sense of freedom – expressing her voice in a nation that tries its best to suppress it.

I found Atta’s book inspiring and epic in its own way. I was lost in Lagos, Nigeria, a world so different from my own. I had read Purple Hibiscus earlier this year, so I was a bit familiar with Nigeria’s history and its oppression of women. In Purple Hibiscus, the main character’s power comes from owning herself, while in Atta’s novel, Enitan’s power comes from finding her voice and using it to bring her father home. When I first started the novel, I wondered why Atta chose to start so early in Enitan’s life, but it becomes clear how much she grows, how much is at stake when Enitan finally joins with a revolutionary to speak out about the injustices in Lagos. Enitan was a very observant child, always trying to do what is expected of her and what is right. When she decides to fight back in her own way, it’s triumphant. I danced with her at the end. 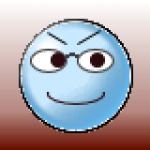